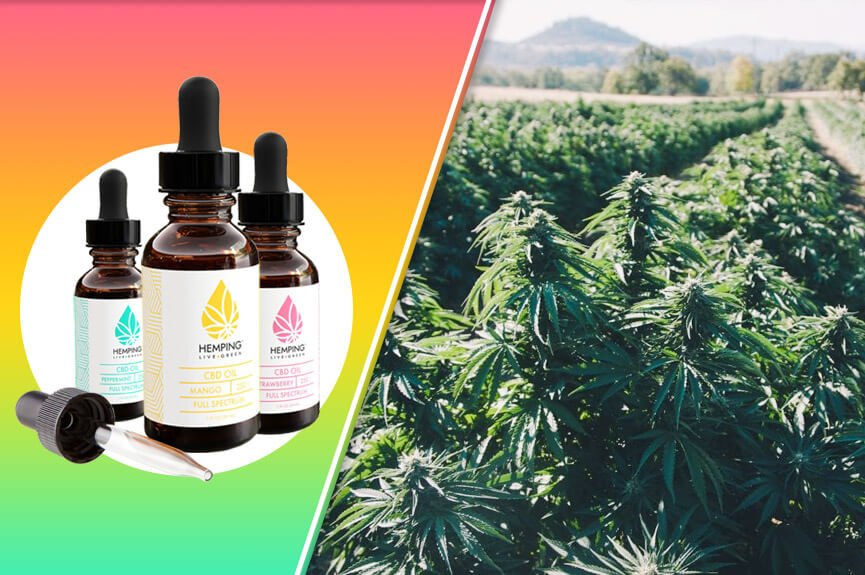 The United States Department of Agriculture (USDA), in October 2019, released the Domestic Hemp Production Program – a monitoring framework for hemp farming and production.

The Interim Finale Rule is an after thought of the 2018 Farm Bill, which decriminalized hemp, federally. The Trump’s Farm Bill vested on USDA, the task to set a regulatory frame work to guide hemp production under the federal scheme.

The rule focuses on hemp producers and explains the requirements for USDA’s approval of states’ hemp production plans, including:

The Interim Final Rule news was greeted with jubilation by the United States industrial hemp community. Stake holders in the sector gloried because of the expected [resultant boost] in demand for hemp-based products.

Here’s an important summary of the rule as it relates to hemp producers and hemp-affiliated businesses:

The USDA is strict on its sampling and testing rules. They insist hemp products must not contain anything more than .3% THC.

Hemp products may be moved across all US States, including states where hemp is illegal – as long as the hemp meets USDA-approved standard.

CBD and other hemp extracts in dietary supplements and foods are however not affected.

The new regulations do not interfere in the FDA’s rules on hemp’s use in beverages, dietary supplements, and food.

Apparently, the Interim Final Rule is geared at offering hemp producers a new stream of opportunities devoid of legal breaches. However, since the law clearly grants states autonomy to dictate their local rules, hemp producers are advised to reconcile federal freedom with the state-specific requirements.

The farm bill requires each state as well as Indian Tribes to submit their hemp farming programs to the USDA. The proposal must contain the state’s plan to gather, maintain, and send information on the key actors as well the properties of the farmland where the plant is cultivated.

The proposal must include a plan to test hemp plant 15 days before the expected harvest date, to ensure the THC content is at acceptable levels.

The USDA reviews the plan within 60 days after submission and either approves or rejects it. In the event there are no functional hemp production frameworks in the state, the federal legislation becomesbinding on farmers within such jurisdictions, except otherwise stated by the state.

In hemp-friendly states without a plan, farmers may apply for the federal USDA licensing. These requirements resemble that of state laws.

For licensing, applicants are required to tender a background check report before the application is submitted.

Applicants with a felony conviction – whether at federal or state levels, will be denied a license for ten years.

Applications are accepted between August 1 and October 31 annually.

Licenses are valid but until December 31 of the third year after issuance. Note that licenses cannot be transferred, assigned, sold, disposed of, or pledged.

As mentioned, both USDA and state/tribal licensing regulations require THC testing. Products found to contain over .3 percent THC are legally referred to as marijuana and may be destroyed.

The USDA law stipulates that local plans must feature an effective check procedure that verifies the THC concentrations.

Note worthily, the third-party labs that run the THC tests must be DEA-certified.

State and tribal regulations can set their minimum standard for hemp products. The rule also says hemp products with over .3 percent may not be considered as a ‘negligent violation’ if the THC concentration falls under .5 percent after the farmers must have made reasonable efforts in the process.

Such bestpractices may include:

The USDA, however, reserves the right to revoke or suspend a license where a farmer records three negligent violations in five years, does not meet the written regulations, is convicted of, or pleads guilty of drug-related felony.

The farm bill permits the transportation of hemp across states as well as hemp shipment. Hence, hemp grown under the USDA rules or for higher educational institutions can move freely across the US. This, however, excludes hemp exportation.

As research continues to explore hemp and its properties, there’s a corresponding increase in awareness and, in turn, demand.

With the new Interim Final Rule, industrial Hemp production may reach an all-time high in the coming days. But before you explore this promising market, get grounded on the impact of the USDA laws and its alignment with state regulations.

At Hemping Us we want to make sure that our product is only accessible to adult, that’s why we need you to verify your age to give you better experience and at the same time adhering with the standards of law and regulation.

Your cart is currently empty or unable to load. You can add products by click on "Add To Cart" button.
PROCEED TO CHECKOUT