Hemping / Blog / What Is the Meaning of CBD in The Medical System?

What Is the Meaning of CBD in The Medical System? 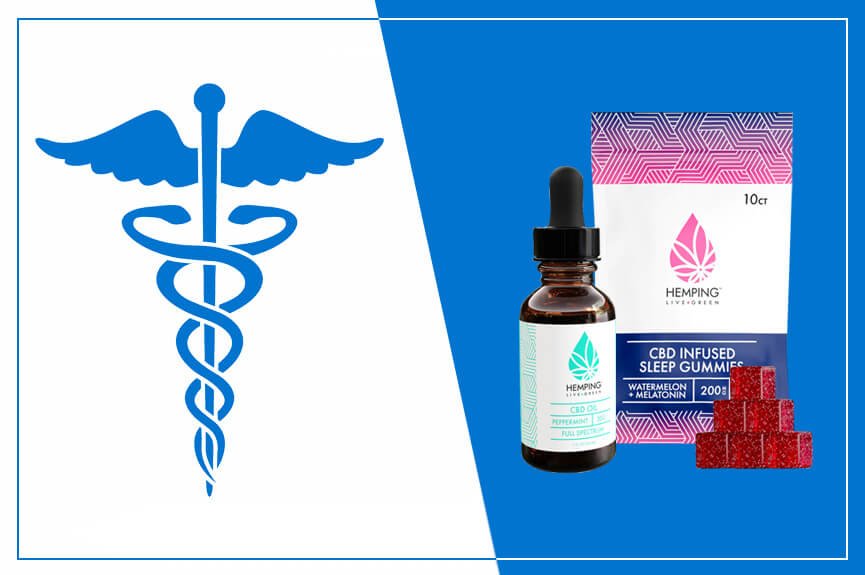 The cannabis plant houses over 500 chemical components. Among them, over a hundred are cannabinoid, among which two stands out – namely, THC and CBD.

But while THC is the main intoxicating cannabinoid in cannabis, CBD does not cause a ‘high.’ Instead, the compound [CBD] has been linked to several therapeutic potentials. Little wonder CBD has received a significant boom in recent times – particularly in contemporary medicine.

This article closely explores CBD in the medical niche, including its current relevance and prospects. The hemp and marijuana plants are widely celebrated for their many potentialities. Interestingly, these possible goodies are delivered primarily by the phytocannabinoid – plant-occurring cannabinoids.

But, How Does CBD Work?

Science reveals that these cannabinoids, when consumed, bind with the same receptors the internally produced cannabinoids (endocannabinoids) binds with to keep the body in balance.

The endocannabinoid system is a network of receptors spread across different parts of the body and designed to regulate certain functions like sleep, appetite, immunity, etc. The endocannabinoids may help manage respiratory and cardiovascular, neurological, as well as musculoskeletal disorders.

Funnily, even with the increasing promising research reports and reviews from users, some persons still do not feel any significant effect after consuming CBD. For this, many wonder whether CBD is but another hype.

So far, there is little evidence about how CBD works. Researchers are currently working to decode how CBD functions and, as well, explain why some hail the compound for its therapeutic wonders while to others, it’s as good as useless.

While there are conflicting literature on CBD’s potential molecular targets, some reports have been more popular.

For clarity, the human body contains two main cannabinoid receptors – the CB1 and CB2. While the CB1 is predominantly present in the central nervous system, the CB2 is most abundant in the immune system.

Internally produced cannabinoids and these receptors are called, collectively, the endocannabinoid system (or ECS). Note that THC’s psychoactive effect is a result of THC’s communication with the CB1 receptor. On the other hand, CBD lacks such strong influence over the CB1 receptors, but influences functions in some subtler manners.

Experts posit that a dysfunctional endocannabinoid system is a root cause of conditions like fibromyalgia, migraine, IBS, and other treatment-resistant syndromes. Little wonder CBD and the ECS are vital targets when handling such situations.

Lately, cannabis cultivationaims, primarily, at high THC yields. Recreational users are commonly in search of the THC in cannabis.

Until medical cannabis gained this much momentum, CBD levels were almost never considered. However, with medical cannabis, increasing research now focuses on improving the CBD level of certain cannabis strains.

Typically, hemp comes with higher CBD concentration than marijuana. For this, most available CBD products are sourced from the hemp plant. Nonetheless, marijuana-based products may have an equal THC-CBD ratio. The concentrations largelydepend on the product’s target audience.

For instance, Charlotte’s Web – a CBD-rich cannabis strain – was explicitly bred to treat epileptic kids, with a 12 to 1 CBD: THC ratio. Even with its THC content, such products are considered CBD-leaning.

Other strains like Sensi Seeds also offer a CBD leaning strain – while one comes with a 6 t0 1 CBD: THC ratio, another contains as much CBD as 30 to 1 THC ratio.

With customers’ taste on both sides of the demand spectrum, the market currently has a wide range of CBD: THC ratio options – from strains with zero THC to a 50:50 THC: CBD strains, and even high THC strains with practically no CBD. Indeed, the cannabis world caters to many needs, beyond just CBD’s.

The medical and pharmaceutical niches have never had such compounds with as many applications. Funnily, even with its widespread applaud, CBD is yet to bag an FDA approval, except for Epidiolex, ONLY. This is because, so far, CBD lacks enough clinical evidence to back its purported benefits and safety.

While more CBD research is needed to validate early reports from ongoing research, here are some potential CBD medical applications:

CBD for epilepsy has attracted a bulk of the total CBD researches.

Studies show between 20 and 40 percent of epileptic patients are resistant to pharmaceutical drug prescriptions. For this, many researchers have investigated CBD’s anti-epilepsy potency.

Chronic pain comes with several health anomalies, including multiple sclerosis, rheumatism, HIV, Cancer, diabetes, to mention but a few. With increasing pain sufferers, the search for an effective pain solution is at an all-time high.

Prescriptions like opioids and over-the-counter analgesics such as paracetamol, ibuprofen, and aspirin have been the order of the day. Sadly, most of these chemical-laden options leave damaging effects with chronic doses.

CBD has shown promises for pain management and the general wellbeing of users. However, in this study, the trial subjects were administered a medicinal cannabis formula – with THC – and not a pure CBD preparation.

Thankfully, so far, no resultant long term effect has beenliked to CBDs usage.

A 2016 review shows CBD’s properties can inhibit cancerous cell development and as well as shrink tumors. Although this study credits both CBD and THC for this property, CBD showed higher potency.

However, the authors advised for more research on CBD for neuroblastoma.

Other researches, though still in their infancy, have found similar effects of CBD on tumors. That said, more clinical data is needed to make any credible conclusions.

Besides these, smaller researches have found some other therapeutic potentials of CBD, including

Basically, these attributes all help to improve one’s general wellbeing.

Wrap Up- Is CBD The Future Of Medicine?

Indeed, here are exciting times for CBD users and the entire cannabis industry. Top retailers are warming up to stock up more CBD products and cash out from the growing industry estimated to hit $20billion by 2024.

With such predictions, America, Canada, and other CBD-friendly countries all have high hopes, particularly as regards the future of medicine. While The EU and Asia Pacific zones are making promising legal advancements, some regulatory frameworks still limit the CBD oil market.

On its part, the FDA is yet unconvinced. In fact,health practitioners’ limitations to prescribing CBD-infused therapies is a significant setback for the CBD market, and of course, those at the receiving end are the medical niche.

At Hemping Us we want to make sure that our product is only accessible to adult, that’s why we need you to verify your age to give you better experience and at the same time adhering with the standards of law and regulation.

Your cart is currently empty or unable to load. You can add products by click on "Add To Cart" button.
PROCEED TO CHECKOUT